Born the eleventh child of illustrious parents on 19th August, 1931 in Chennai, Rajee was brought up in an environment of the fine arts. Her father, Sri S. Narayana Iyer had formed The Shining Star Society with his children, to popularize the music records of HMV Music Company. Barely four and a half years old, Rajee recorded the Telugu composition, Neraminchakura. She also recorded story-telling songs for children and several plays. In 1937-38, she had already started acting and singing in the movies that her father produced, like Shakti Maya, Bala Bhaktan and Sant Eknath, where she played lead roles, singing the songs herself.

Rajee’s mother, Smt. Gangammal was a well-known singer of her times. She would sing along with Kadappai Lakshmiammal, founder of Indu Madar Lakshmi Vilasa Sabha. This was established specially to encourage talent in women, to participate in dance-dramas and Kollata Jothrai festivals.

When she was five years old, Rajee started learning Bharatanatyam from Neela Balasubramaniam, her elder sister, who founded Nataraja Natya Niketan in Chennai and K. Lalitha of Saraswathy Gana Nilayam, Chennai. Her Bharatanatyam Arangetram was at age nine and her first solo public performance of vocal Carnatic music was at age fourteen.

During World War 2, Rajee performed in various fund-raising programs of The Indian Red Cross Society and other organizations. She also performed for wounded soldiers at military hospitals and war soldiers’ camps. She was educated at Church Park Presentation Convent, Chennai. Her sisters, Ranganayaki, Neela and Sulochana played important roles in her life. From age seven, Rajee learnt Carnatic music from Sulochana. From age twelve, she began to assist Neela, teaching Bharatanatyam to her students and also sing alongside during performances. At fifteen, she started learning Carnatic music from Sangeeta Vidwan Sri Thuraiyoor M. Rajagopala Sarma and the famous music director, late Sri C. R. Subbaraman. She acted in many plays staged by the Mahatma Gandhi Seva Sangh, run by the writer-activist, Vy Mu Kodainayakiammal. She learnt the basics of Hindustani music, bhajans, abhangs and to play the piano and also gave performances in light music.

Married in 1950, Rajee started living in Madurai with her husband. The next year, her son, Shyamsundar was born. Encouraged by her husband and in-laws, Rajee started to teach dance and music as a hobby. She was then a well-known Carnatic vocalist with many performances to her credit. From 1952, she became a popular voice over AIR, Trichi station. Apart from Madurai, she also gave concerts in Delhi, Baroda, Bhopal and many cities. Appreciating her abilities and thirst for learning, great music exponents of that time came forward voluntarily, to teach her rare compositions.

Rajee was in Chennai in 1959, for her husband's treatment, as he was ailing from cancer. She continued her service to the world of fine arts at her husband's insistence, even whilst caring for him, until his unfortunate demise that year. During this time, she had acquired a diploma in the higher grade Government Technical Music Examination. She learnt a few special compositions from late Dr. M. L. Vasanthakumari. After her husband's demise, Rajee worked as a teacher in Sri Bala Gurukul, Chennai,where she taught Science, English and Sports. She became a physical training instructress at the Presentation Convent and later taught folk dances, as extra-curricular activity, at Ethiraj College, Chennai.

In 1965, Rajee settled in Mumbai with her son and mother-in-law, Smt. Nagammal. She established her dance institution, Nritya Geethanjali and became a popular Carnatic vocalist. Her students soon started performing their Arangetram and Nritya Geethanjali group recitals became very popular. Encouraged by art-lovers, like late Sri Soli Batliwala of Bhulabhai Memorial Institute, Mumbai, she started teaching Nattuvangam, in 1977. That year she completed 25 years of dedicated service to dance and music. She was felicitated by Sri Murli Deora, then Mayor of Mumbai and other well-known personalities. Rajee groomed and encouraged her group of musicians. This orchestra has stayed with her for more than four decades. In 1983, she was felicitated by Rasika Ranjani Sabha, Chennai, for her meritorious service to the fine arts.

Creative Artiste
Rajee's creativity was brought to the foreground, when she started writing lyrics for dance, composing music and choreographing the same. On 26th September, 1985, her first book of 25 songs for Bharatanatyam, Nritya Geeta Mala was released in Mumbai and later, in Delhi. In the following years, she brought out a second volume of 31 songs and other books. She became one of the few women Vaggeyakara-s of this century, to write exclusively for Bharatanatyam. She released several CDs and cassettes and her songs gained popularity in India and abroad.

In 1986, Rajee was honoured by Madhuban and the Madhya Pradesh government with the title, Shreshta Kala Acharya, for Nritya, at the Guru Vandana Mahotsav, Bhopal.

Articulate and well versed in several languages, with a good command over English, Rajee became a popular speaker at seminars and conferences for the fine arts. She has participated in many workshops on Dance, Music and Nattuvangam. She has been conducting her dance classes at SIES School, Matunga, for over 35 years. On 29th August, 1990, the Silver Jubilee of her institution was celebrated at the Nehru Centre, Mumbai.

In 1998, the Government of Maharashtra bestowed on Rajee, the Lifetime Achievement Award, Rajya Sanskritik Puraskar for Dance. In the same year, Sri Shanmukhananda Chandrasekarendra Auditorium was re-built. Rajee presented the first dance-drama there, Manisha Panchakam, during the first Eminence AwNritya Geeta Malaard function, organised by the South Indian Education Society.

In January 1999, during the Bharatam Festival, she was felicitated by Thyaga Brahma Gana Sabha, Chennai. With the birth of her website, Rajee's work became available to dancers, students, connoisseurs of fine art and scholars the world over.

Today, dance and music are life itself to Rajee. She continues to write poetry, create new songs, new choreography. In 2005 and 2006, Rajee herself danced at the Mahashivaratri Festival, conducted at the Subramania temple, Chheda Nagar. Undeterred by age, she continues to teach and inspire many generations of performing artistes. 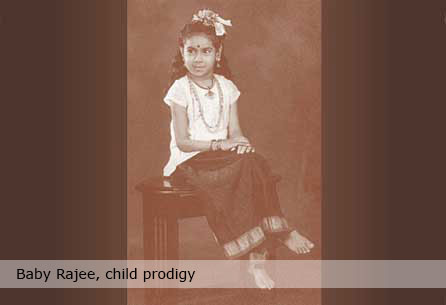 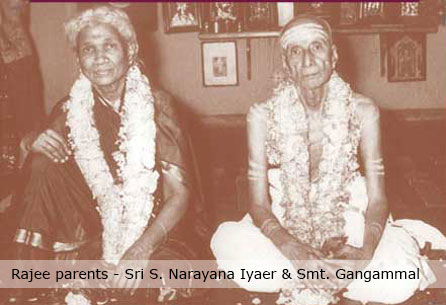 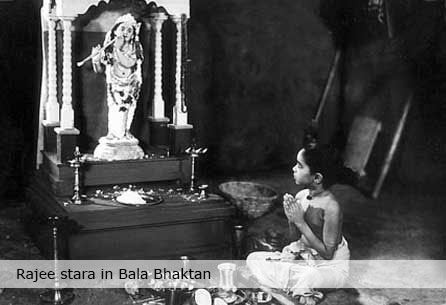 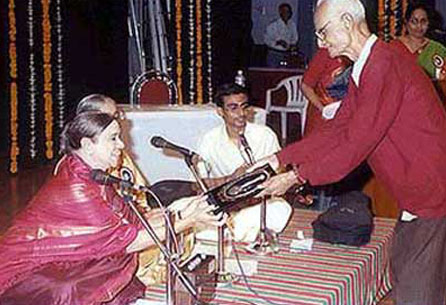 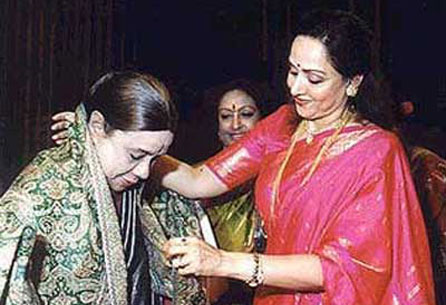 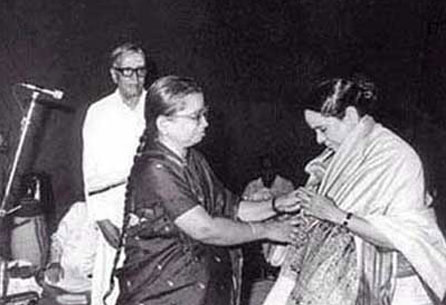 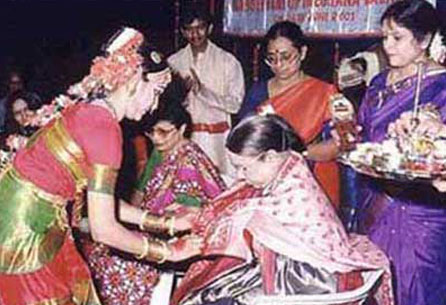 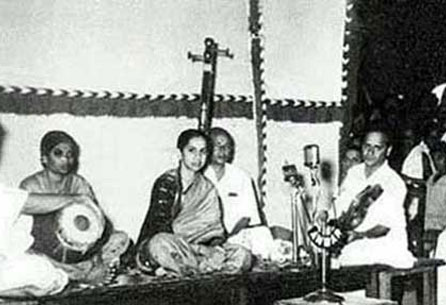 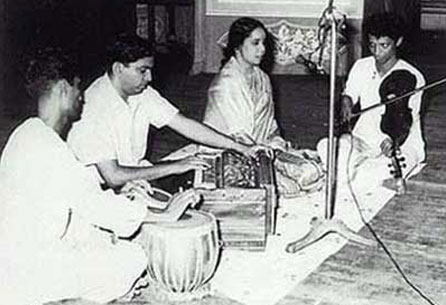